BlackBerry has announced the launch of their first eBBM product, a suite that includes a specialized BBM instant messenger service for enterprise users.

The company says the suite includes BBM Protected, which is FIPS 140-2 cryptographic library-enabled messaging. The service can be used between users within the same enterprise, or with other companies who are also using BBM Protected.

While it may seem like a niche product, there are likely plenty of corporations who require secure communications, including defense contractors, attorney firms and even investment banks. BlackBerry still has a large government customer base, even as other industries move to iOS and Android. 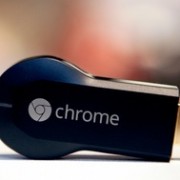