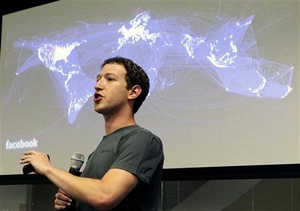 According to a new SEC filing, Facebook founder and CEO Mark Zuckerberg now owns 29.3 percent of Facebook’s Class A shares, more than he owned when the company went public last year.

At IPO time, Zuck owned a 28.2 percent stake. At current market value, the CEO’s stake is worth $13.6 billion.

Thanks to stock and option-based compensation, the founder increased his stake over the last year.

Despite having far and away the most votes in the company, Zuckerberg only owns about 20 percent of the company thanks to different types of voting shares.