Tech News
You are here: Home / Tech News / Tech News / Dragons’ Den Kevin O’Leary on the BlackBerry Z10: “This is the best techn... 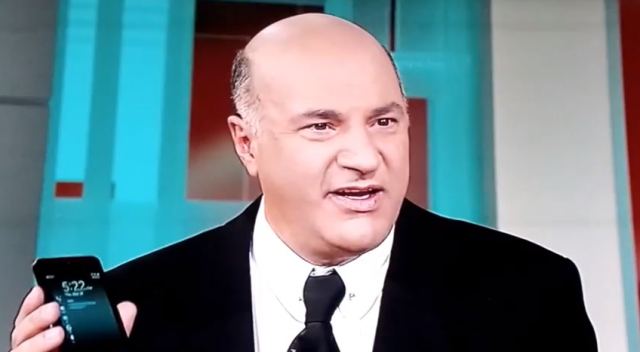 Kevin O’Leary, from the TV shows Lang & O’Leary Exchange and Dragons Den, is fierce, rude and astute investor. He’s been known to hammer down on BlackBerry for its poor performance, but is also an avid BlackBerry and iPhone user. Like many Canadians, O’Leary is keeping his older generation QWERTY BlackBerry before making the jump to the new QWERTY/Touch BlackBerry Q10 (launching in April).

On a recent episode of LLE, O’Leary declared that he’s “dumped his iPhone” and converted to the Z10. O’Leary stated that “it’s absolutely amazing” and “right now, I’m telling you, and I’m not giving you a commercial, this is the best technology on the market today until somebody else surpasses it. I’ve switched. I always have the best.” O’Leary also noted that other Dragons have made the switch to the new Z10. It could also help that BlackBerry is one of the key sponsors of the show.