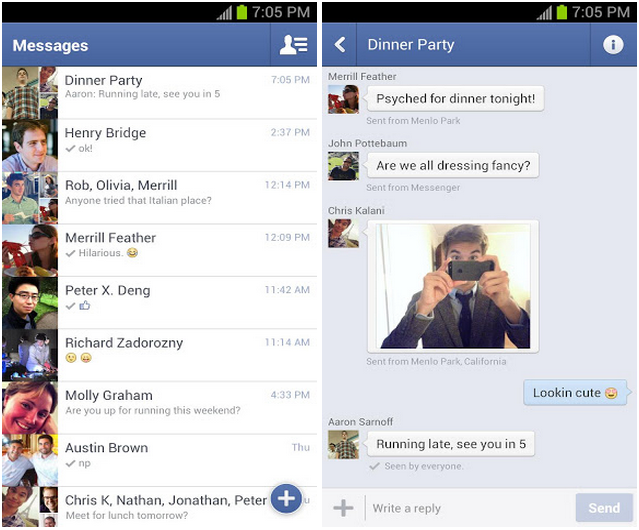 Canada continues to be Facebook’s guinea pig when it comes to testing out new features for its mobile apps. Our fair country got to test out VoIP calling over Facebook Messenger for iPhone back in January, which gradually got rolled out to the United States in the following weeks, and now we get to do it all over again with Facebook Messenger for Android.

The social networking behemoth envisions a day when consumers won’t necessarily need dedicated voice plans, opting to use higher-quality data-based calls to friends and family members over the ubiquitous presence of Facebook’s network. It’s a radical idea to which carriers have already responded; most cellular plans above $60/month include unlimited local calling, while some promotional plans include national calling as well. We tested the call quality from iPhone to iPhone and, while there was the occasional bout of lag, it impressed us with its wideband audio codec and lack of sibilance found on many VoIP solutions like Skype, Viber, Vonage, Fongo and others.

If you want to get a taste of the latest and greatest Facebook has to offer, and flaunt your Canadian IP address (it works so seldom in our favour, you might as well), download Facebook Messenger for Android.

“Canada’s cell phone market is dysfunctional and in desperate need of an overhaul.”
Evernote does global password reset after hack attack