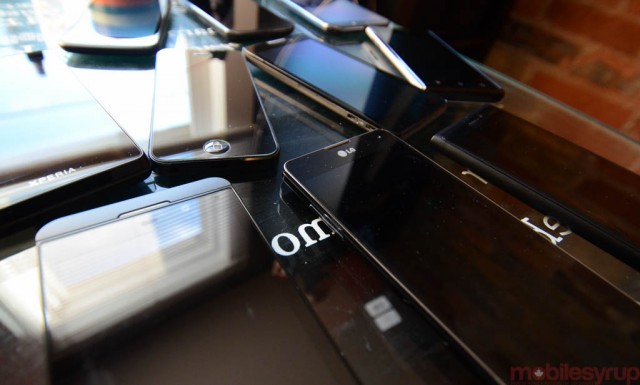 According to a recent IDC survey, 91% of Canadian smartphone owners keep their devices in reach 100% of the time. Think about that statistic for a moment. There are roughly 21 million smartphones in use Canada, with a 59% adoption rate across the carriers. Nineteen million Canadians are never more than a few steps from their handset(s).

We’ve all been there: that moment, perhaps months or years after the purchase of your first smartphone, when you realize you’re completely, hopelessly addicted to that device in your pocket or your purse. For most people, it is a gradual, insidious change of behaviour; half an hour a day turns into an hour that becomes several. Where once you may have been able to ignore the flashing red light, you are now summoned to it like a salivating dog after kibble.

When was that first moment for you? I think, for me, it was when I discovered the custom ROM scene on Android. The day after I brought home a Motorola Milestone, hearing about all the things you could do with a rooted device — like jailbreaking on steroids. Unlike the Verizon Motorola Droid, which shipped with an unlocked bootloader, the Milestone was very much a baby of the carriers, completely locked down. I spent hours on XDA-Developers parsing instructions, reading tips and tricks, attempting to root that sucker. I slept little that night, and there have been others like it since, the attraction of breaking down a device’s OEM-imposed barriers too tantalizing to resist.

Cellular phones have changed our lives; we can’t remember a time when it wasn’t possible to make a call from anywhere, and many take for granted that, instead of reading a book on the way to work, there is always a few minutes for Subway Surfer or Words With Friends. And when you’re sitting in a nice restaurant and your phone vibrates in your pocket, don’t tell me there hasn’t been a moment of panic as you wondered whether it was important enough to risk being considered rude.

Smartphone addiction shouldn’t be dismissed, either, despite the levity of the preceding paragraphs. It can cause real, substantive harm to a person’s life. But that’s not for this column; we are all slaves to our phones, but hopefully, at the end of the day, we are still in control.

Dragons’ Den Kevin O’Leary on the BlackBerry Z10: “This is the best technology on the market today”
Auto-play video ads are coming to your Facebook news feed