Tech News
You are here: Home / Tech News / Tech News / Reuters: Nexus 7 refresh coming around July, will be thinner and have a... 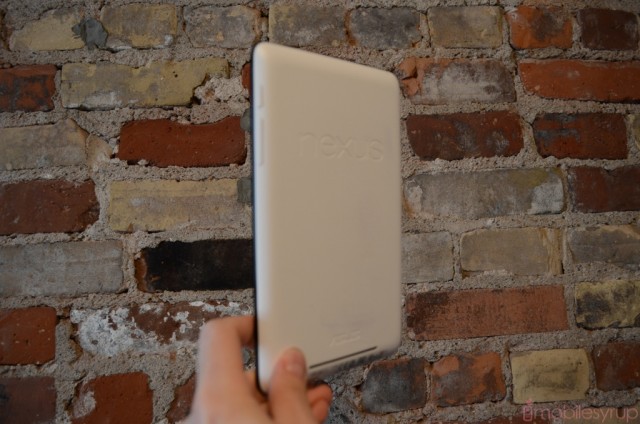 Back in January there was an overseas rumour by DigiTimes that stated Google and ASUS would be bringing a refresh of the Nexus 7 to market. The specs were scarce, but indicated that the 7-inch tablet would be thinner and have an upgraded HD display. In addition, the Digitimes supply chain insiders believed “the combined shipments of the company’s first- and second-generation Nexus 7s are expected to reach 10 million units in 2013.”

According to a couple sources close to Reuters, Google and ASUS will indeed launch a Nexus 7 with a “higher screen resolution, a thinner bezel design and adopt Qualcomm’s chip in place of Nvidia Corp’s Tegra 3.” As for the number of shipments, Reuters states that “Google is aiming to ship as many as eight million of the Asustek-made tablets in the second half of the year.”

This new Nexus 7 – possibly called Nexus 7 HD – will reportedly launch “around July,” which means it’ll probably be unveiled during the upcoming Google I/O conference in May. The price may stay the same as the current 7-inch model at $199, while the first-gen will drop to a low $149 outright.

Dropbox now uploads a billion files daily across 500 million devices
Samsung is making a smart watch, says “we are working very hard to get ready...