Tech News
You are here: Home / Tech News / Tech News / Samsung is making a smart watch, says “we are working very hard to get r... 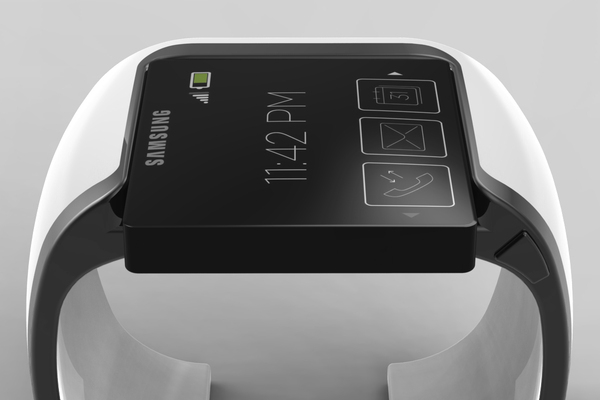 Smart watches have been attempted before. Sony tried one. Motorola’s MOTOACTV gave it a go with a health twist. Recently Waterloo-based Pebble broke through ice and gained mass popularity. Rumours are pointing towards Apple cashing in on the craze with the “iWatch.” Samsung is not one to stand still and they’ve now confirmed they too will begin production of a smart watch.

Bloomberg is reporting that Lee Young Hee, EVP of Samsung Mobile, said “We’ve been preparing the watch product for so long. We are working very hard to get ready for it. We are preparing products for the future, and the watch is definitely one of them.”

There was no hint of when the Samsung’s smarwatch will be available, or at what cost. In addition, one would think that a product like this would fall under the Galaxy naming scheme and be called something like the “Galaxy Watch.” If it’s released this year I’d imagine the design being a really small Galaxy S4 with the ability to be paired with your smartphone to answer calls, receive text messages, view your calendar events, reading your email, integrated S Health, and act as a music player.

Lee noted that “the issue here is who will first commercialize it so consumers can use it meaningfully.”

Reuters: Nexus 7 refresh coming around July, will be thinner and have a high-res...
Scroll to top