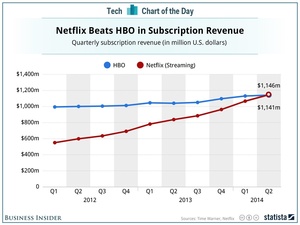 Netflix has finally overcome HBO in subscriber revenue, reporting $1.146 billion in revenue for the last quarter compared to $1.41 billion for HBO.

The streaming giant has 48 million paid subscribers, and 35.1 million in the U.S.

HBO has 127 million paying subscribers in total, but that includes HBO 2, HBO Family, Cinemax and more.

Says Netflix CEO Reed Hastings: “Minor milestone: last quarter we passed HBO is subscriber revenue ($1.146B vs $1.141B). They still kick our ass in profits and Emmy’s, but we are making progress. HBO rocks, and we are honored to be in the same league. (yes, I loved Silicon Valley and yes it hit a little close to home.)” 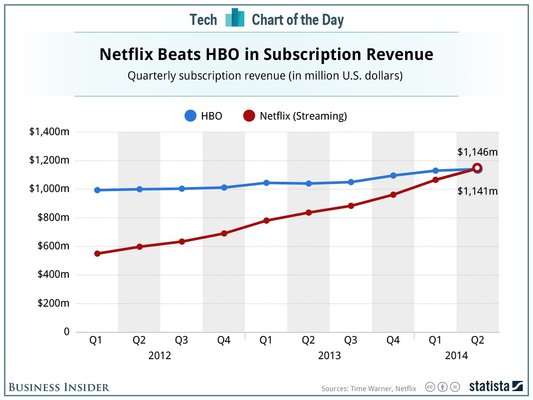 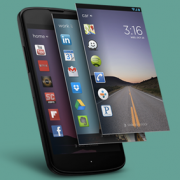