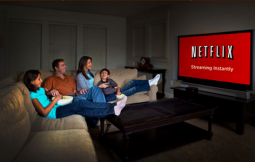 Instantwatcher, a company that catalogs Netflix’s streaming catalog says the site will lose almost 1800 titles in May.

All 15 seasons of South Park are set to disappear as are some older films like Goldfinger and Dr. No. Netflix’s current licensing deals with MGM and Warner Bros. and some other studios are set to expire.

The drop will be the largest since Netflix’s deal with Starz expired last year, but many of the movies in this case are on the older side.

Netflix had this to say (via Verge): “The vast majority of the titles that expire on Wednesday are older features that were aggregated by Epix. We recently added many great, more recent titles such as ParaNorman (Universal), Hunger Games (Epix), Safe (Epix) and Bachelorette (Weinstein). Tomorrow we will also add MI:2, among many other titles.

Netflix is a dynamic service, we constantly update the TV shows and movies that are available to our members. We will add more than 500 titles May 1, but we also have titles expiring, this ebb and flow happens all the time.”

President Obama to host Fireside Hangout on Google+ this Thursday

Google I/O to only have one keynote, focus on both Android and Chrome
Scroll to top