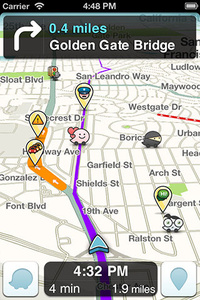 Facebook is reportedly close to buying Israeli start-up Waze for a reported fee of $800 million – $1 billion.

The news was broken by business daily Calcalist, reporting that due diligence is underway and a term sheet was signed. Waze specializes in satellite navigation, and uses members’ smartphones to generate maps and traffic data.

In October 2012, it partnered with Facebook to let users share their drive with friends through the social network.

If bought by Facebook, it will be the third acquisition of an Israeli firm by the social giant, after buying Snaptu for $70 million in 2011, and Face.com for $60 million last year.