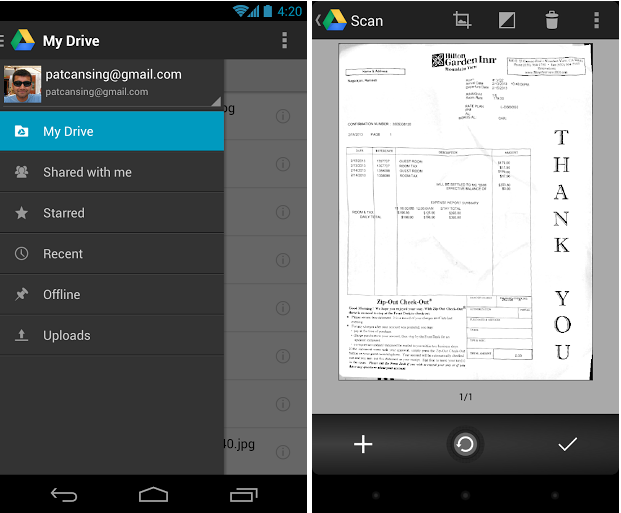 Google Drive for Android has received a pretty hefty update in version 1.2, bringing it up to par with rival Dropbox in terms of functionality.

The company’s cloud storage offering has been steadily improving, but until now the Android app was less than optimal.

Not only does version 1.2 bring a brand new interface, with a left-side navigation bar and Google’s new consistent three-line icon, but users running Android 3.0 and above can finally download specific files for offline use. This omission was the main thing keeping Drive from being used as my, and I’m sure others’, main cloud storage service.

You can also take quick scans of documents, business cards and letters and Google’s OCR technology will turn as much of the text into searchable content.

There’s also a new photo and file preview screen, which makes peeking into documents or pictures that much easier.

In all, Google Drive for Android is a fantastic app, and while it won’t take over as your go-to document editor — the word and spreadsheet capabilities don’t match dedicated apps like OfficeSuite, for example — it’s great to have in a pinch.