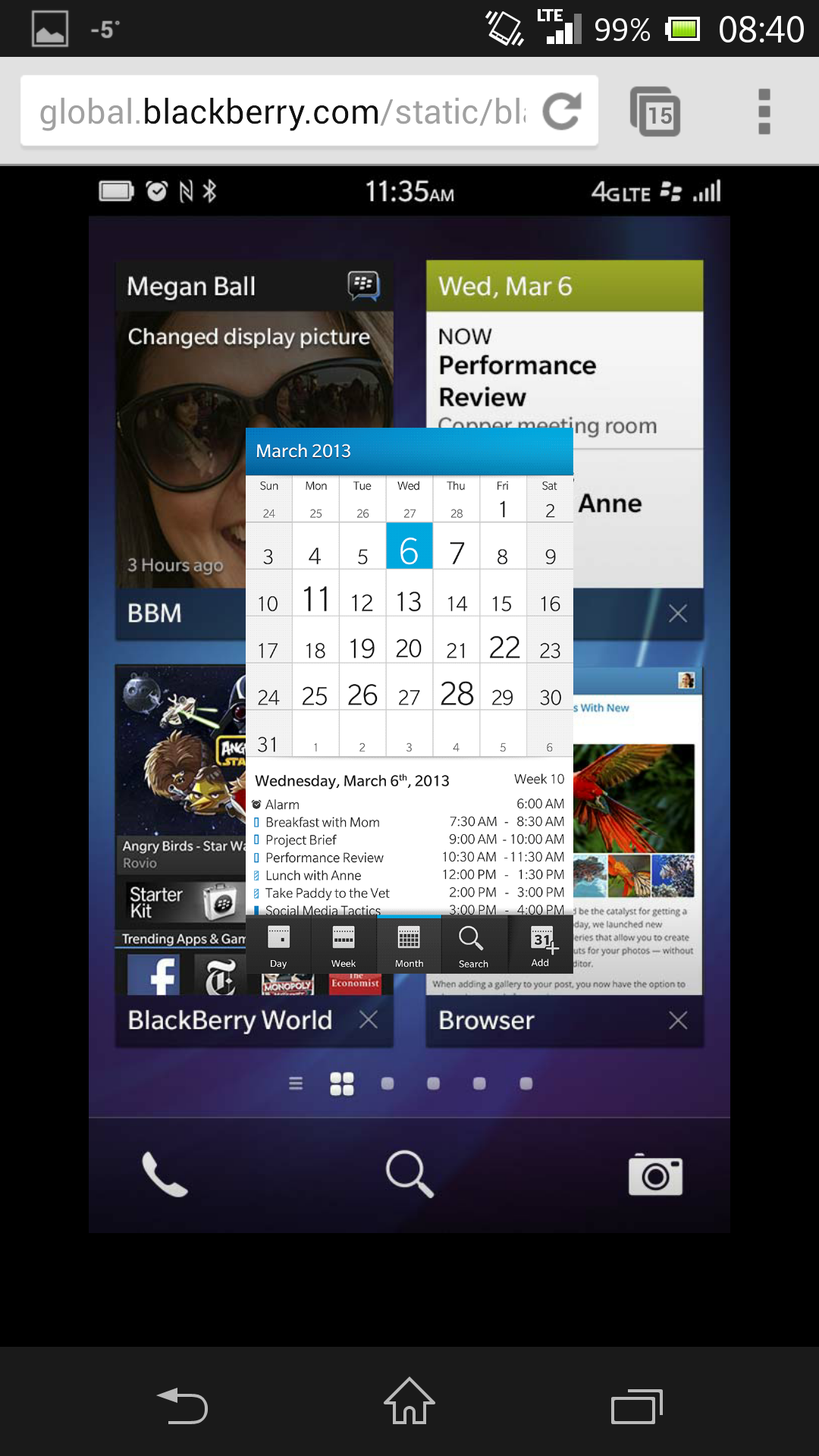 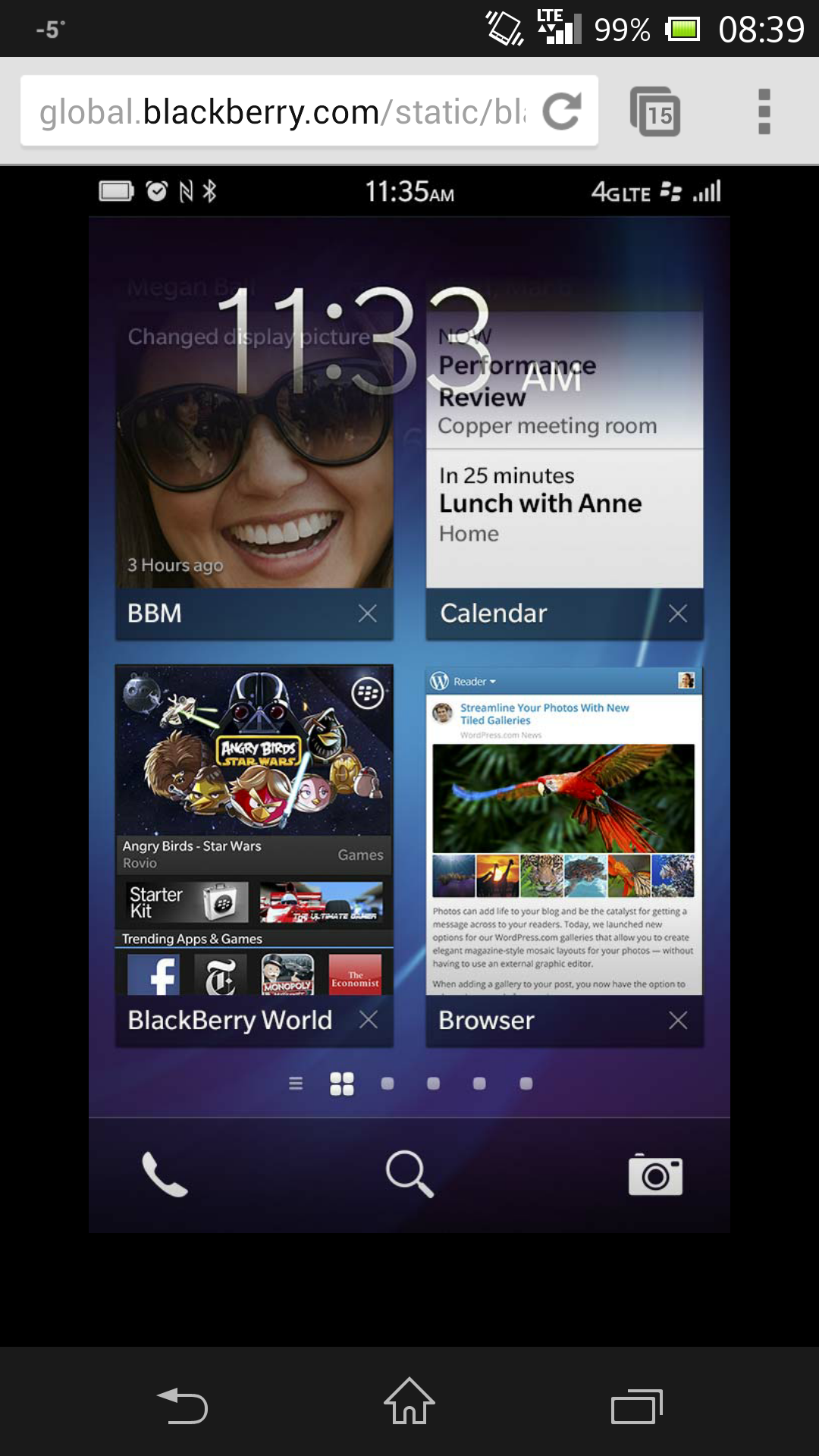 Now that BlackBerry 10 is available on most carriers in North America, the big marketing push begins.

The biggest roadblock to adoption is simply getting the device and the experience into peoples’ hands. The average smartphone user rarely walks into a carrier store searching for new operating systems to use, so instead of of BlackBerry waiting impatiently for its chance to shine, it’s decided to come to the people.

The company launched an HTML5-powered smartphone portal for iOS and Android users this week which attempts to emulate the BlackBerry 10 experience. By swiping, tapping and experiencing, users can ascertain a taste of the real thing, it’s nowhere near as smooth as the Z10 itself.

Rather, it introduces users to the swipe-and-peek navigation of the new operating system, hoping its innovation will shine through in person rather than on billboards or commercials.

It’s a nice touch, and we’re happy it’s available; I’ve answered so many, “So how is BlackBerry 10?” questions from friends and family, and now I can redirect them here.

Dropbox now uploads a billion files daily across 500 million devices
Dragons’ Den Kevin O’Leary on the BlackBerry Z10: “This is the best technology...